Wound healing is an extraordinary and complex process, but one that most people take for granted. If a patient has underlying diseases, the healing of wounds might be disturbed and it is found that these wounds no longer close on their own, they become chronic.

In the treatment of wounds, in addition to the therapy of the underlying disease, the wound must also be treated, the first step is wound cleansing – debridement. 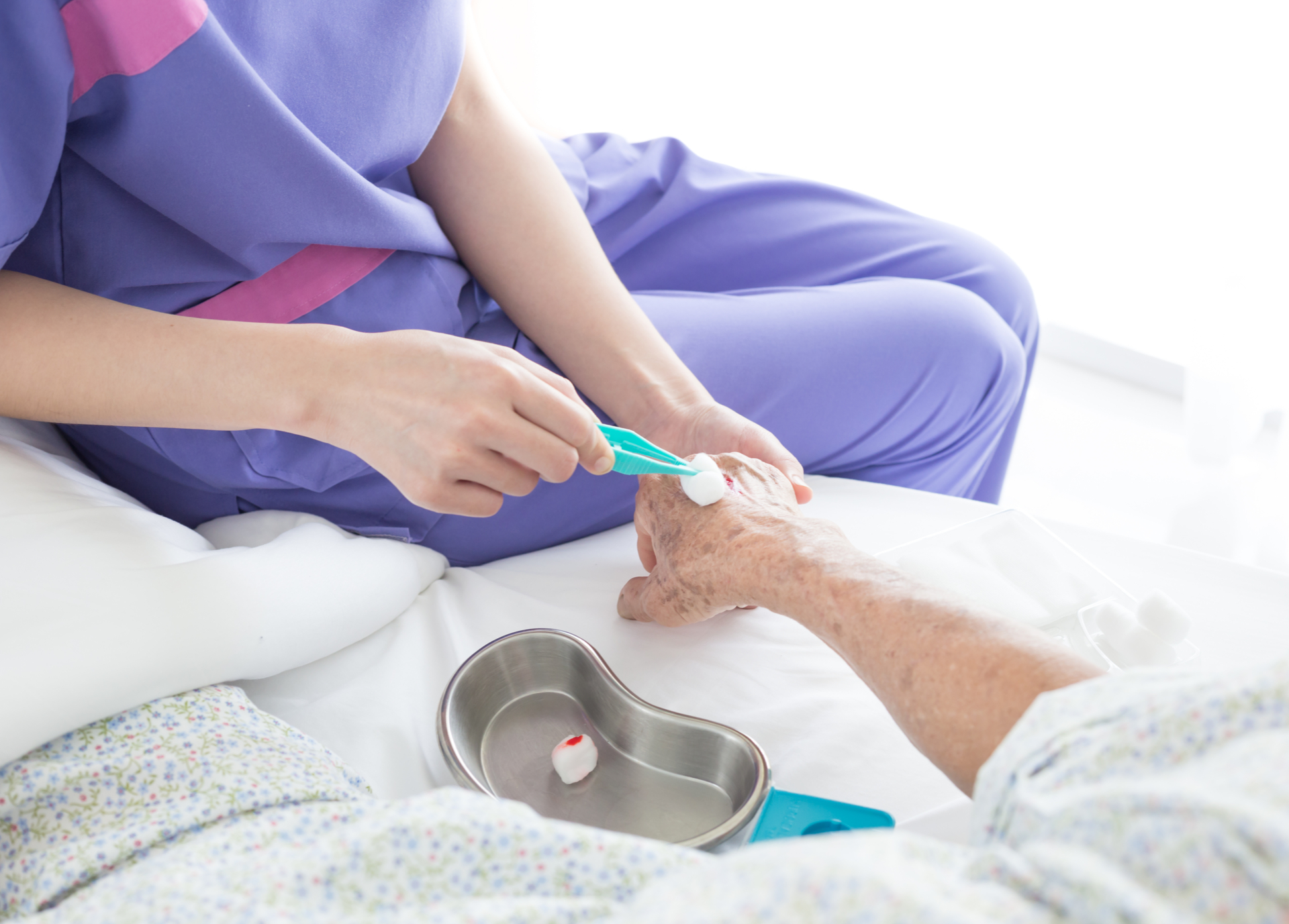 Access and delivery of wound care are both significant problems that challenge patients suffering from chronic wounds. Lack of access to specialised wound care has resulted in amputations and loss of work productivity. In the United States, chronic ulcers are conservatively estimated to cost the health care system $28 billion each year as a primary diagnosis and up to $31.7 billion as a secondary diagnosis. According to the American Diabetes Association (ADA), over 9–12 million Americans suffer from chronic ulcers. The mortality rate for leg ulcers after the first amputation has dramatically doubled from 20% to 50% in the first 3 years to 70% after 5 years. There is a profound psychological impact on the patients suffering from chronic wounds, such as loneliness, separation from active social life, and depression. These psychosocial stressors further worsen healing outcomes.
Nature's Solution

A number of technical approaches to debride wounds are used today but all have their shortcomings. Surprisingly, nature has its own debridement technology on offer – maggots of the green bottle fly feeding on dead and dying tissue in the wound, leaving behind a clean wound for healing.

In order to feed on the wound debris, maggots apply a wealth of biochemical tools to digest the wound debris. The first use of maggots was likely many centuries ago, with the details now lost. Better records exist for more recent observations, e.g., during an expedition to Egypt (1799), Napoleon’s surgeon, Baron Dominique-Jean Larrey, observed that only “blue fly” maggots removed dead tissue on the soldiers. Larrey and his medical officers also tried to convince the other soldiers of this natural phenomenon.2

The first therapeutic use of maggots is believed to have taken place during the American Civil War. John Forney Zacharias, a Confederate medical officer during the war, is arguably the first physician to intentionally expose his patients’ festering wounds to maggots. Fleischmann et al.2 note that when comparing the Confederate wounded to the Union wounded, most Confederate soldiers’ wounds were left unkempt and maggot-borne. Reportedly, the maggot-infested wounds of the Confederate soldiers healed more quickly than those of the Union army.3 Fleischmann et al.2 also wrote that Confederate soldiers were more likely to survive their wounds than their counterparts. Further experience was gained in the ghastly conditions in the trenches of Flanders fields in World War I.

Today maggots have become accepted as a highly-effective way to treat wound suppuration, but, an intervention of last resort because of revulsion evinced by their presence in both wound care team members and patients alike.4

Using maggots to clean chronic wounds in a hospital, however, is a challenge in itself since sterile rearing, shipment, and application require highly trained personnel and complex infrastructure. As a result, this approach is not accessible to most patients who may benefit from it.

We used a biomimicry approach to tap into the great advantages of this therapy without its limitations.

Our first product, Aurase®, is a hydrogel containing an enzyme, isolated and cloned from medical maggots.

When looking into the nature of the proteins that maggots express, it became apparent that one dominated the others when feeding on wound debris and interestingly has similarities with digestive proteins found in a large part of the animal kingdom.

We, therefore, focused our research on a way to deliver it in a simple way to patients in an outpatient or home setting.

The medical use of Aurase® is being developed to accelerate wound cleaning. Our goal is to find a solution to painful or inadequate debridement procedures such as surgical or autolytic debridement and improve the outcomes of patients with chronic wounds in all settings: hospitals, nursing homes, or home care.

Through biomimicry, Aurase® illustrates the enormous and still largely untapped potential of biodiversity. We named the protein Aurase® in reference to the German name of the blowfly – Gold-Fly.

Aurase® is a medical product under investigation. It is not available for sale or commercial distribution anywhere in the world.
This is a legal requirement.

Winner of the 2019
URGO Mentorship Program